Tap to see the rest ! Tap on continue reading below.

Hey all, today is about the (drinking) culture shock !

If you have ever been in both countries, you might have noticed the big difference between the two.

First of all, drinking is not a big deal in Europe

In most european countries, you can buy and consume alcohol at 18, although it’s not rare to start drinking before that. This might seem shocking, but in countries like France or Italy, drinking is part of the meal, so no big deal in giving your teen a glass of wine. Wine is actually a protected part of our “Patrimoine Culturel” just like fireworks would be to Americans on the 4th of July.

We even have what we call the “Apéritif” which is a drink to share before starting a meal.
So overall, drinking is more about sharing a good moment together than getting drunk for the sake of it.

Now teens and young adults do get shitfaced just like their american counterparts, don’t get me wrong ! But this whole attitude explains why it’s so much easier to buy alcohol in supermarket or bars.

One thing I learned is that every state has its own laws, but all of them decided on 21 years old being the legal age of drinking. In theory they could individually lower that age to 18, but would then lose millions of dollars in highway funding.

But the funny thing is how strict everyone is in making sure that you are of age. You might be flattered to be carded but I’ve seen older ladies still get denied from bars when they didn’t have their IDs on them. As I understood, one transgression and they might lose their licence, so definitely not worth your $30 purchase inside their establishment.
Same in supermarkets, while it’s also forbidden to sell alcohol to minors, I’ve rarely seen anyone carded in France, and 16 years old pass easily. However in America, you better have your ID on you AND so does your friend.
I personnally don’t like to carry my passport everywhere as it’s a very important document, but we almost couldn’t buy a pack of beers in a supermarket because I didn’t have it on me. Luckily the cashier was pretty lax and my boyfriend had his ID, but I’m pretty sure that if we tried to buy liquor we would have been denied.

Why is it so strict ? What makes it different ?

I have a few theories on why the drinking culture and laws are so differents from one country to another :

When life gives you watermelon …

Those YouTube trends will be the end of me 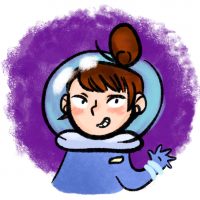